The Cancel Order step will cancel/void an order that was authorized during the WooCommerce Checkout. Remember that payment gateways automatically cancel (expires) payments after certain days if the payment is not captured (Stripe cancels them after 7 days and PayPal does the same after 29 days). So your workflow must ensure that the Cancel Order step runs within such duration of the initial form submission.

Next Step if Failed: Select the next step in the workflow if the order was not cancelled successfully. The most likely scenario for this is that the 7-day limit was exceeded (take Stripe for instance) and the payment authorization was already cancelled. The step can also fail if the WooCommerce order status isn’t “on-hold” or "pending," or it fails to be updated to “cancelled”. For example, you could select a notification step and send emails to the customer and an administrator informing them that the order was not cancelled successfully. 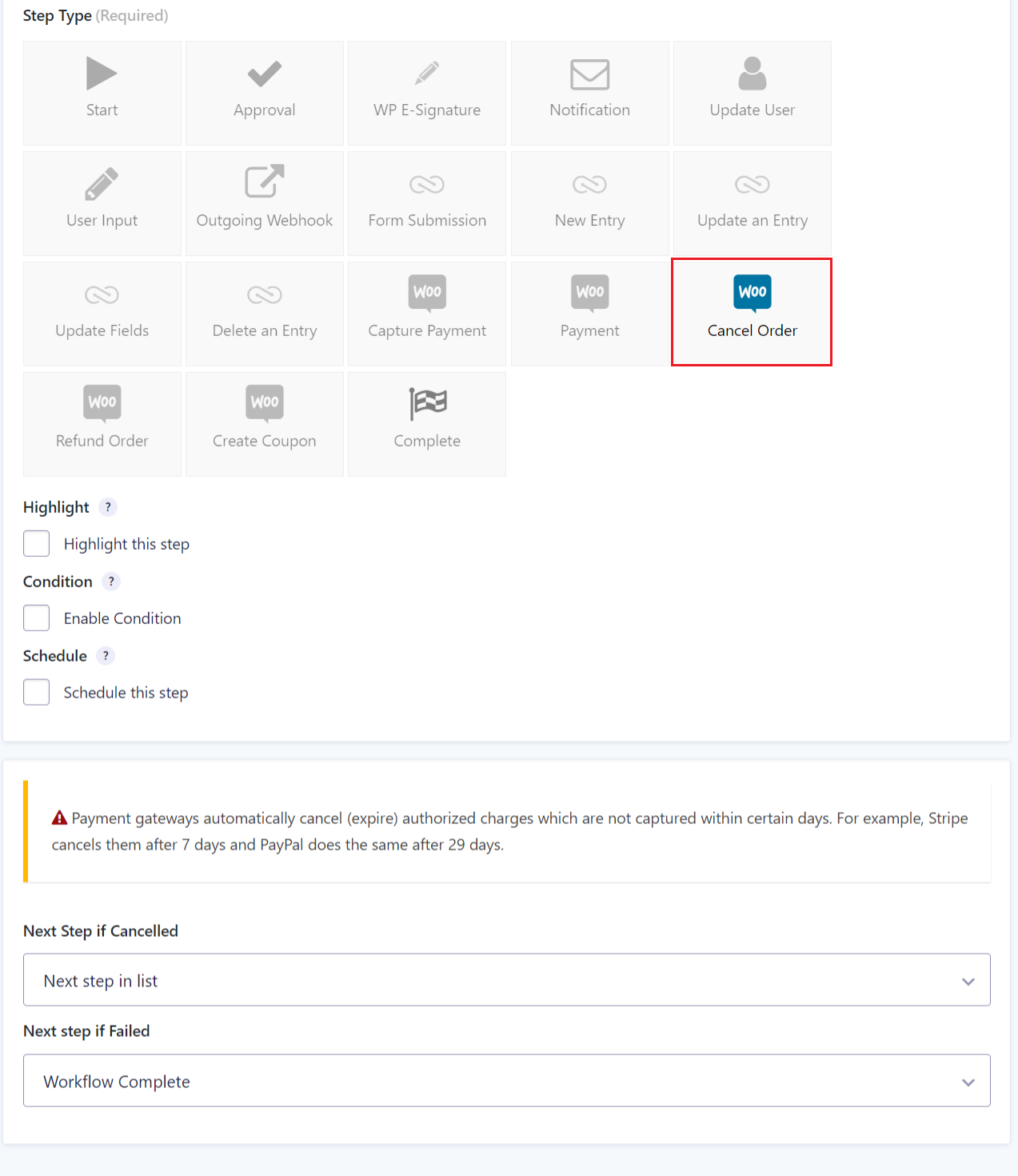 Installations instructions: download and unzip the file containing the 3 forms. Import each of the forms into Gravity Forms from the Forms->Import/Export page. After importing, you'll need to set the assignees to the correct user on your system. Open the form settings->Workflow tab, edit the Approval step and select the user in the "Assign To" setting.